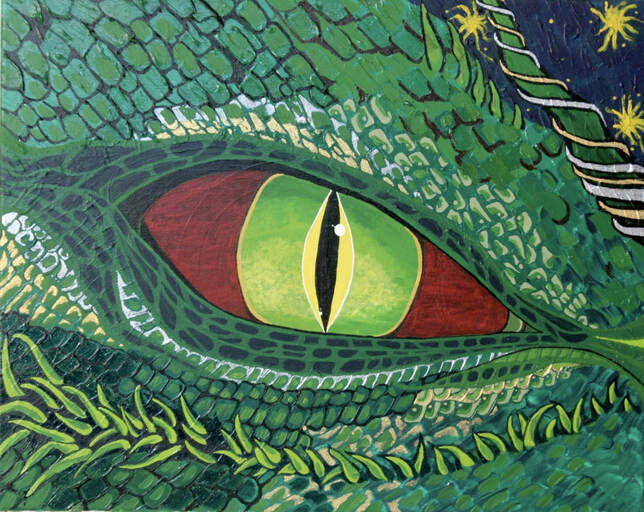 Winged Vision
As I sat waiting, I was repeatedly drawn to the image of the Dragon. I could hear it calling out to me.  My thinking mind attempted to convince me that I was wrong.  Why was I being drawn to diverge and alter from the previously known and established course that I had set in motion?  As I sat in the chair and my skin was prepared, I had the strong sense that I was making a significant mistake.  I had been  sent a siren call to my soul and its voice was so strong that it could not be ignored.  I quickly told the tattoo artist that I had changed my mind.

The first Dragon that was tattooed on my body looks as if it is preparing to take flight and its placement is such that it is rising out from my heart.  The mythical had found its way through the Borderlands and in its rising had landed on the veil of my skin.  What was once known on the inside was ready to begin its long journey. This would be the first of four Dragon images that would find their way to my body over the next several years.