when the spirits come to dance 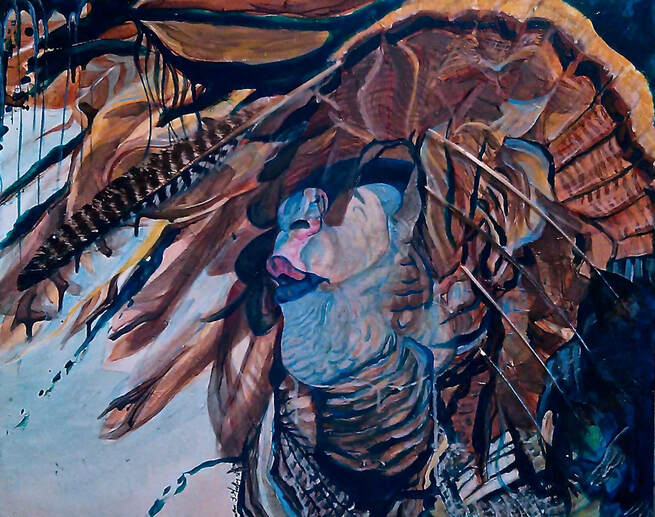 When the Spirits Come to Dance
2016 would be one of the most memorable years in the history of my life and would include; a near death experience due to slow and sustained carbon monoxide poisoning, the moving of 7 houses/dwellings which included 3 different states and a relocation from the Southwest to New England, the death of my father in May and the death of my mother in October. These are only the major incidents that marked that year and resulted in one of the most significant turning points in my life. However, at the start of the year and before these events occurred, I had a continuous and returning visitor.

My rustic and little studio was near the footpath that wandered through the desert and led to the arroyo that fed into the winding Rio Grande River. The front of the building faced my garden and from inside there was a window that I could glance out of as I worked. My relationship with my garden was one built on love, hard work and the nurturing of the sacred. This is where he always made his appearance. I had seen a flock of wild turkeys moving through the Bosque and along the edge of the arroyo on my walks to visit the river. I never saw him come from this direction and when he appeared he was always alone. I would be working away and lift my head to see him standing out in the garden waiting. He would be looking back at me through the window and as soon as my eyes lifted and made contact with his, he would begin.

He would extend and fan his wing feathers down until they touched the ground. His tail feathers would be lifted up into a splendid fan that would be tipped from front to back and side to side. His chest and body feathers would be puffed out and made to look as big and grand as possible and then he would begin his dance.