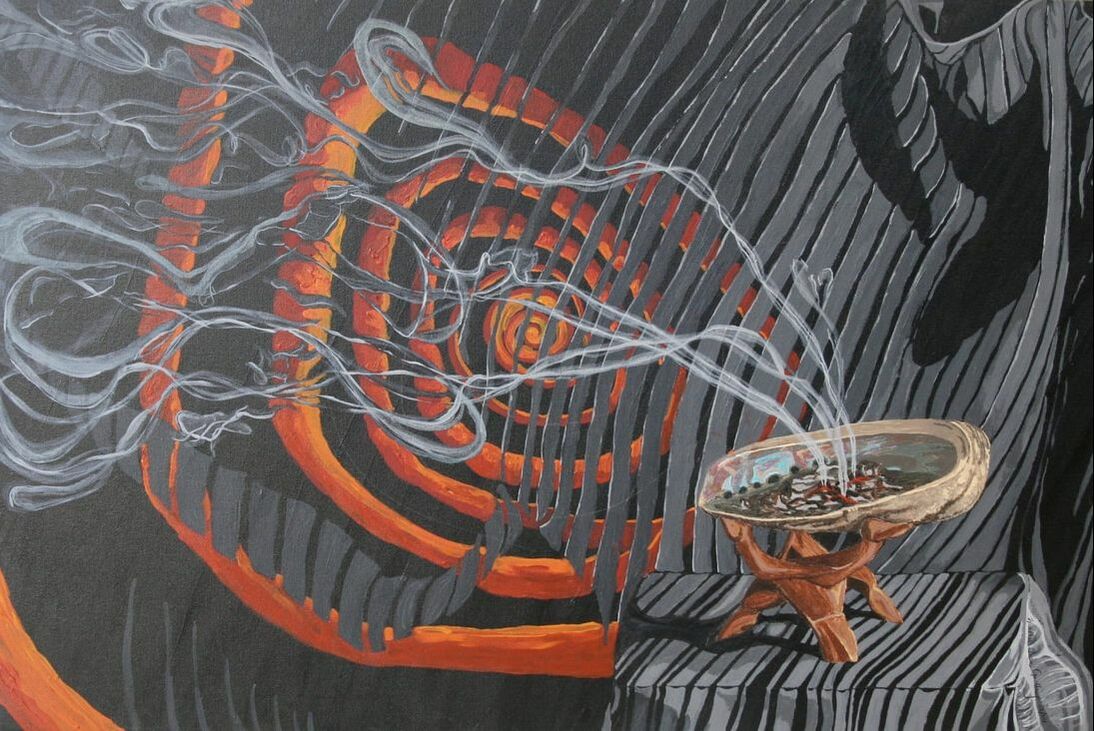 The Way Home
Forced to sit still. Forced to be patient. Forced to slow down. Forced to continue forcing, or forced to surrender. Time. Time to watch the swirling smoke of the burning sage as it makes its ascent. Lots of time to send prayers along with the rising smoke.

After the background, smudge bowl, and sage smoke was painted, I thought that painting would be done. I spent hours wondering what was missing. What could I feel that was not yet revealed? One day as I sat looking at the painting, the center began to turn. The spiral started slowly moving in an ever-widening circle. Making its way out of the center, onto the canvas, and into the world. When I followed the spiral back into the center I saw the seed of the painting that would follow. The prayers that had risen in the smoke had been heard. Somewhere between force and surrender, an exchange had been made and I had been shown the way home.